"Copyright, What You Need To Know"

Feb 4, 2022 at 12:00 Last week brought the story of a group of crypto enthusiasts who paid well over the going rate for a rare sci-fi book, then proposed encoding scans of all its pages in a blockchain before making and selling NFTs of them. To guarantee their rarity the book was then to be burned. Aside from the questionable imagery surrounding book burning in general, one of the sources of mirth in the story was their mistaken idea that in buying a copy of a rare book they had also acquired its copyright rather than simply paying too much for a book. It’s an excuse for a good laugh, but it’s also an opportunity to talk about copyright as it affects our community. I’m not a lawyer and I’m not here to give legal advice. Instead this is based on the working knowledge gathered over decades working in the content publishing industries.

Copyright is a subject that continually does the rounds in our community, as we talk about open-source licenses, about DRM, freedom of availability for scientific papers, or over-litigious content owners. While often seen in open-source circles as working against our interests, copyright itself is a powerful tool that provides the bedrock upon which the very notion of open-source is built. 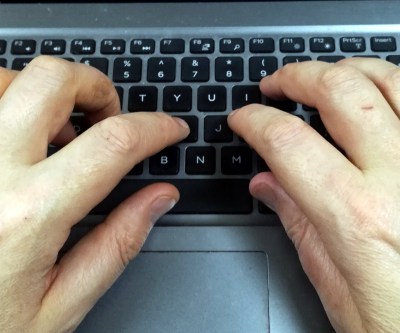 Try to spot the point at which the words stop being mine and become Hackaday’s. When somebody creates something, it is their physical property. Write something on a piece of paper, print it in a book, and you can sell the book. Intellectual property extends this idea of ownership beyond the physical — as well as owning the piece of paper you wrote on you also own the specific artistic manifestation of its text. You can print as many copies of it as you like and sell them under your own terms, and most importantly you can mount a legal challenge to anyone trying to print their own copies. This is the realm or copyright that probably causes most consternation, as depending on your viewpoint it’s the most valuable aspect of copyright, as well as the most abused. As a content creator, you automatically own the copyright on your work. That’s a powerful thing to own, but equally powerful is the ability to transfer that ownership. For example, the words flowing from my keyboard to make this piece are mine, but I’m transferring their ownership to Hackaday in return for the almighty dollar so this story’s copyright is owned by them. But it’s in that right that we find the very basis of open-source, because as well as simply assigning ownership to somebody else you can also selectively assign rights to third parties. The various open-source licenses are simply documents that provide a convenient pre-written form with which to do this. 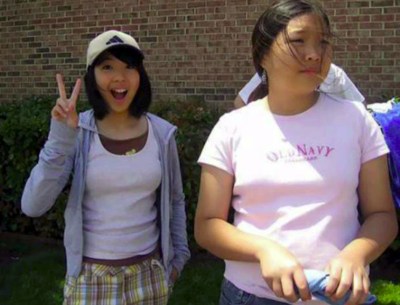 The photo of Alison Chang that put Virgin Mobile Australia in hot water. Chewywong (CC BY 2.0) We’re guessing that the choice of an open-source licence comes for many developers in terms of familiarity, if a favourite project uses a particular licence then they’ll pick it for their own. It’s worth considering carefully and taking the time to understand what the licence has in its small print though, because sometimes unintended consequences can flow from an unwise choice. In 2007 for example a Texan teenager was aghast to find her image in a Virgin Mobile Australia advert, which had been used by the telco because the photographer had put it on Flickr under a Creative Commons licence without fully understanding its implications. When choosing a licence it’s important to consider your desired outcomes and ask yourself whether you wish to allow commercial use for example, or whether you require all derivative works to use the same licence. For the former you might wish to choose a permissive licence such as those from Apache or MIT, while for the latter you might consider the GNU GPL. A couple of decades ago when the GPL was under attack it was derided by its opponents as “viral” because once something has been released under it then it can not easily be moved to a different licence without the consent of all its contributors. It should bring a smile to the face of any open-source advocate to find that an open-source licence can be used to undermine an essential tool of intellectual property holders.

…As Well As Your Enemy

Having established your rights over things that you create, let’s look at where most of the controversy over copyright comes from: in other people or more commonly companies asserting their rights – whether real, tenuous, or imagined, over things they own. Where does that come from, where is it dubious, and how can you avoid any difficult situations? In the first instance, when there is a clear copyright violation it is not unreasonable for an intellectual property owner to assert that ownership with some form of challenge. The challenge can be as simple as a takedown notice or it could be a multi-million-dollar lawsuit, but it amounts to the same thing: “You are using our stuff without permission, stop it.” This is not even something that is the sole preserve of large companies, as an example it’s not uncommon for photographers to have their work stolen by newspapers and respond by submitting punitive bills. Long-time Linux users will remember the battles between SCO and some commercial Linux vendors for example, a series of legal challenges that were eventually dismissed as unfounded but which cast a chill over the whole early-2000s Linux ecosystem.

Navigating The Maze Without Sinking

If copyright is so tied down, how can we navigate a path through the world without constantly being sued by anyone who feels they deserve a piece of our pie because they imagine something sounds a bit like their obscure B-side from 1974? The answer lies in an idea called fair use, and it’s this that anyone who creates content needs to be aware of. In essence, fair use can be summed up in the sentence “Here’s something you indisputably own, but I’m using it under a circumstance that either we both understand is acceptable or that legal precedent has established to be acceptable”. It’s a grey area that contains some safe harbours, but which anybody venturing into should take heed of the warning not to stretch it too far. One particular safe harbour is referred to as the in-review safe harbour, where it’s agreed that reviews of books need to be able to extract quotes from them, reviews of movies can include stills or short clips, and Hackaday can use images you’ve taken of your projects when we write them up. Another safe harbour lies in parody. I’m not about to write a sit-com featuring a restaurant called Bendy’s, but were I to do so I should be pretty safe. Think of almost any popular culture parody from Weird Al to Bored of the Rings, and you’ll find this in action to a greater or lesser extent. Copyright is a probably-necessary evil that can work on your side, whether you want your work to be protected as your property or put out into the public domain, but it is also a minefield in which powerful content owners can flex their muscles sometimes unfairly. If you’re writing software or creating content, it probably pays for you to take a little bit of time to better familiarize yourself with the landscape. Header: derived from work by TreasuryTag (CC BY-SA 3.0). -"Copyright, What You Need To Know"