"A year of blasphemy"

I've just spent what seems like way too much time writing my first real addition to _Words of David Blue in Red_ in a very long time. It begins with the story I told you last time - about how I got the police called on me for threatening to kill myself - and ends up arguing (more or less) that the Apostle John's Book of Revelation is about Facebook. 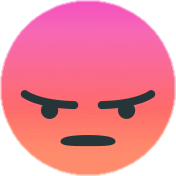 If you've got the time, have a look. It's unquestionably the most beautiful of the Letters, at least.

One year ago yesterday, I published _Johnny Tsunami 6: Separate, But Equal, _which is technically - if I'm remembering correctly - the first thing I actually wrote for the site. I spent some time tonight updating it, visually, and I think I'm going to record a reading for _Drycast_ and our Anchor station.

(If you're kind enough to want to share one/both of these, they can be found at extratone.com/fuck and extratone.com/johnny, respectively.)

I'd like to restore every piece, eventually, and I continue to have more and more templates from which to do so as we constantly change things up. I think the CrossCabriolet story'll probably be the next to get it. Spending time on my own writing seems a bit counter-intuitive, but growing the contributorship has been slow-going, as you know, and I've decided to focus on my perspective a bit more until going to the West coast, next year.

I'm still not sure what the pieces actually are, exactly, but I've ended up satisfied (...eventually) with every one of them, but only after hours and hours of obsessive revision.

Yeah. That's why I started this TinyLetter.

I do have a standard - if not a template - for their pace and tone, but I've never bothered to actually write it out - partially because I receive very little feedback on them, whatsoever.

Which would be understandable from this crowd - they are just massive walls of text, I guess - but... they're funny!? Of course, _I _think so.

It's hard to imagine their purpose if it's not entertainment, and I suppose that's why my readership is minimal. (I'm assuming it is, anyway.) If my 'intended' audience is like-minded folks, it would seem I'll never have one, but a significant ideal in the Extratone mantra is... ignoring the audience's wants, basically. I no longer do so completely, myself, but of course - everything is complex. 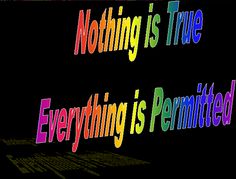 Since buying a laptop for the first time in years, I’ve definitely marginalized the buffer between my mind and the website, but I’m not sure if the effects have all been positive. I’ve been working on reducing the “thoughs,” “of course’s,” “surprisingly’s,” etc, but I think I may have actually taken a few steps backward since I was writing on my phone with a blutooth keyboard. (Yes, feel free to laugh at me.)

None of this is consequential, of course, but I’ve begun to think I should take the opportunity to really assess my own process while I'm still here, considering that I’ve yet to do so in a truly analytical light.

We are 8 days away from _Extratone’_s first birthday, which is going to be emotional, for many reasons. I’ve gotten more support than I expected in some regards, and less in others. I honestly thought there were more folks within my network who’d be interested in regularly contributing, but I did not expect so many _local _friends to be so supportive.

We’re going to the Broadway Brewery - where Tim & I have been frequenting for a good while - and I’m going to bring my laptop to include those of the distant staff who’re interested in participating.

Naturally, my Editor’s Letter for this month is going to be quite long, sentimental, and redundant, but I’ve decided that our homepage will contain nothing but a list of people who’ve supported/contributed to this project along the way, including the handful I no longer have any contact with.

I suppose I should probably get started on that.

For the first time since last summer, Eryn and I spent some four hours driving around rural Missouri listening to country music, last night, which stirred up all sorts of emotions about this place, again, got this song stuck in my head (where it’s remained,) and revealed that Rascal Flatts tunes are actually quite nuanced, often? Other than Life is a Highway, of course.

I wouldn't call Missouri's offerings temptations, per se, but I will no longer be surprised if I find some difficulty in separation. There’s plenty of ignorance, yes, but also a particular kindness that may one day provide a welcome sanctuary for an older, withering, even-more-weary me. I’ve grown to hate Columbia’s increasingly diligent destruction of its identity, but the more rural bits have older substance which I hope I don’t have to mourn, one day.

If you have any thoughts you’d like to retort with, remember that you can simply reply to this email.

-"A year of blasphemy"