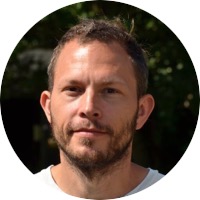 Twitter: @palmin. Developer of Working Copy. 1. At MacStories we use your app, Working Copy, to share Markdown drafts of articles with each other, which is probably a pretty uncommon use for the app. Who is your typical customer and what types of things have you seen Working Copy used for? My customers are typically developers. Many are using the app for code review. Being able to read and search through your project source code can be very convenient on the iPad, and because of the way Git works, this can be done without an Internet connection. This is nice when commuting, where you sometimes jump in and out of coverage. But for many development tasks you lack the toolchain to compile, test, and deploy your work on iOS. Some users are working around that with build and test servers that can do these tasks when you push to a Git server. With services like Heroku, configuring a web app to deploy by doing a Git push is pretty easy. 2. What’s the biggest challenges of implementing a Git client on iOS? Desktop Git clients on a macOS or Windows (Tower, GitHub Desktop, and others) have the command line at their disposal. Git clients use this behind the scenes to implement features. Having the command line available to users also means that not every Git operation needs to be supported by a desktop Git client. Power users can jump to the command line when they hit the limits of the Git client. Because of App Store rules and software licenses, there is no way to include a command line version of Git with the app. Because of this some features require much more work without the command line and users have no way to escape to the command line. If a user is satisfied by the Working Copy feature set 99% of the time, the last 1% still requires them to use Git some other way, and this might keep them away from working on iOS entirely. 3. You’ve been working on an iOS 11 update. What can users expect to see in Working Copy when iOS 11 is released? The new Files app makes the filesystem visible on iOS and as Git is all about the filesystem, I have wanted to support this fully. All your repositories will be available in the Files app and in other applications that use the file browser components introduced with iOS 11. Drag and drop is my other big focus. It should be easy to drag files, directories, or even whole repositories in and out of Working Copy. Sometimes dragging in a directory should import the files to a repository, sometimes you want to replace what was already there, and I’m trying to make this is seamless to the users as possible. 4. How has working with integrating Working Copy into the Files app been? Apple is normally very good at designing useful yet elegant APIs, but this has not been normal. The API is complex and I suspect it wasn’t designed by Apple alone. Perhaps getting Dropbox and Box on-board was important enough that concessions on API design have been made. But I am not complaining about this. Having major cloud providers participate makes it attractive to support the Files app and the corresponding browser view for apps that edit or view files, and such apps will have Git support as a side effect. 5. What are you most excited for in iOS 11? I think drag and drop will have major implications for iOS going forward. Data transfer between apps is immediately useful and this will be what most apps implement first. But even though drag and drop was born on the desktop, it feels extremely natural on touch screens. I think there will be a second phase of drag and drop support that will be about direct manipulation of data inside apps. It doesn’t hurt that drag and drop is an example of Apple API design at its best. Elegant and powerful with easy ways to support the common scenarios. 6. What would you like to see Apple do with its APIs in the future that you could use to make Working Copy better for users? I really hope Apple comes up with some way to support drag and drop between apps on iPhone. Once you get used to dragging things between apps, it feels very limiting to be without that feature on your phone. Someone at Apple probably reasoned that it felt too constrained to do these multi-finger and sometimes multi-hand gestures on the phone, but it feels even more constraining not to be able to do them. I have a long-term hope that the Siri API is opened up to allow more general things like answering questions on structured data inside apps or to execute operations. -"Interview: Anders Borum"