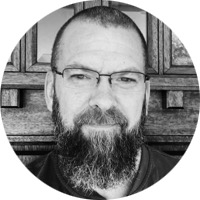 Twitter: @agiletortoise. Creator of Drafts, Terminology, and other apps. What has the reaction to Drafts 5 been like? Has the update changed who uses it and how? The reaction to Drafts 5 has been overwhelming. The update was a huge undertaking, more than two years in the making, and there were times along the way I was not sure if the efforts would pan out and make a sustainable business of Drafts in the changing app marketplace. Notes apps are not a glamorous category, but it’s been nice to find that there is support out there for building lasting software on iOS. There are a lot of changes in Drafts 5, which enable new ways to use the app, but none of those new features are required. The app stays true to its roots as a quick capture tool intended to be the starting place for jotting down any sort of text. Many people are using it the same way they always have, to jot things down, create lists, draft tweets, send messages, whatever. New abilities to assign tags and filter drafts in workspaces have made the app more suited to organization and long term storage of notes as well, and I’m finding many people are starting to use it in that way as a full replacement for Apple Notes, Evernote, or other note platforms. What’s been the hardest thing about bringing Drafts to the Mac? Over the years, Apple has done a great job of making many of its low level frameworks the same on iOS and macOS. These are things that run below the app (like data storage and networking) that the user never sees. I worked hard in the Drafts 5 development cycle to take advantage of this and build as many parts of the app cross-platform as possible…but there are still many things that are not the same between the two platforms. The biggest being the user interface, which needs to be built from scratch for Mac. An app like Drafts has a lot of user interface screens, so it’s a time consuming process. The other big difference for Drafts is that many of the types of integrations Drafts supports on iOS are not available, or implemented very differently on the Mac. Putting together a coherent way to manage Drafts’ actions across platforms is going to be a big hurdle, which is why I decided to ship a version for the Mac without actions so users can take advantage of the ease of capture and sync of notes across platforms sooner. What’s the response to the Mac beta been like so far? The beta preview has only been available for a week or two and still only in the hands of a small group, but I’m very pleased with the feedback I’m getting. It’s fun getting a product that is not fully formed in users’ hands…you learn a lot about what you got right, but also what is missing or needs improvement. I’m lucky to have, for the most part, a very supportive and patient user base. There’s been a steady flow of great feedback coming in, and it’s great to hear that even without the power of Drafts actions being ready for Mac, users are excited to have Drafts on the platform. What do you think about the prospects of Marzipan? Is that something you’ve considered waiting for to use with Drafts? It is great that Apple is making it easier to bring iOS apps to the Mac. It’s too early to draw definitive conclusions, but my fear is that it will do just that: bring iOS apps to the Mac. There is nothing wrong with iOS apps on the Mac. I think it will enable many native experiences on Mac that would not exist otherwise, and many of those will offer advantages over relying on web versions of services, or apps using cross-platform frameworks based on web technologies, like Electron. I do not think they will supplant truly native AppKit-based Mac apps for productivity and professional tools. There will always be advantages to being fully native on the platform. When Marzipan is ready to go, I may be pleasantly surprised and find it’s worth offering a version of Drafts based on it as well, but right now I’m focused on delivering the best native AppKit experience because I believe it will put the app on a better path long-term. What effect has Shortcuts had on Drafts? What kind of things have people been using it for? I’m excited about where Shortcuts is going now that it’s part of Apple. The integration of Siri shortcuts which expose app functionality is great and I’m already seeing people use these to trigger Drafts dictation, capture clipboard contents, and similar functionality exposed by Drafts. The Shortcuts app itself is a more interesting and open question. Workflow and Drafts had great integration, and with Workflow in a holding pattern over the summer, those actions on the Workflow side had not been updated to work with Drafts 5 - now that Shortcuts is out they have been, which makes it really easy to work back and forth between the apps. I hope this level of support from Apple will bring iOS automation more mainstream, but only time will tell. -"Interview: Greg Pierce"